Mandatory Minimum Sentencing And What You Need to Know

Posted by Cell Block Legendz Administrator on 10/1/2019 to

Mandatory minimum sentencing, a legal term which according to the definition given by law means an individual condemned of a crime is given a prison sentence for at least a certain period, in contrast to the punishment issued at the discretion of judges.

To clarify a bit more, let’s look at an example; a person who is caught carrying one kilogram or more of cocaine would be put in jail for five years even if a judge feels their sentence should be less.

Mandatory minimum sentencing laws compel judges to give fixed sentences to every convict, regardless of their accountability, answerability and other extenuating factors.

Initially, mandatory minimum sentencing laws were endorsed and enacted back in 1951. Most of these laws were intended for drug offenses and needed almost three-to-five years of the sentence, at least. Other than this, other drug-related minimum convictions were passed in the late 1950s.

However, most of these laws were altered, repealed, and replaced in the 1970s. The Reagan administration considered drugs as one of the most crucial policy issues. Because of this, Mandatory Minimum Sentencing became a primacy. Consequently, several different sentencing laws were passed like the Anti-Drug Abuse Act of 1986, which needed necessary sentences for drug abusers and offenders. 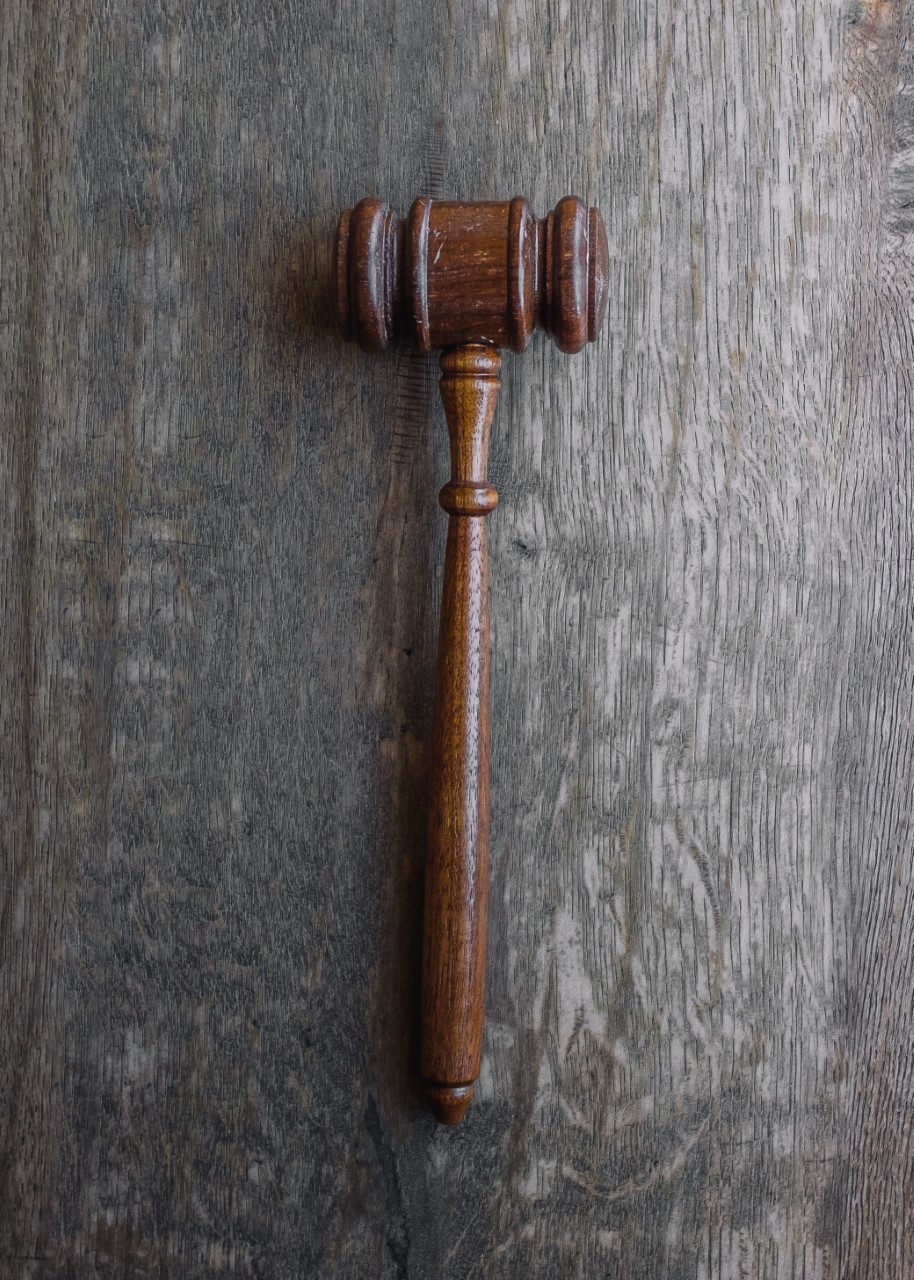 How does Mandatory Minimum Sentencing work?

One question which pops in our mind as soon as we hear the term “Mandatory Minimum Sentencing” is; how does the sentencing work, right? Well, here is a little overview of how the system works.

According to a general rule, a judge decides your penalties after you plead guilty or are found not guilty at a trial. Punishments are usually planned to be equally proportional to committed crime according to which the federal sentencing guidelines propose a wide range of sentences according to the distinctive offenses committed. Mitigating can be considered in different circumstances, like:

•    If you are the chief or main offender or an accessory to the crime committed.

•    If you hurt someone or tried to evade hurting someone.

•    What your mental condition was at the time the crime was committed.

Thus, the final sentence can be within a specific range. It can be longer and shorter as well, depending on the discretion of the judge. 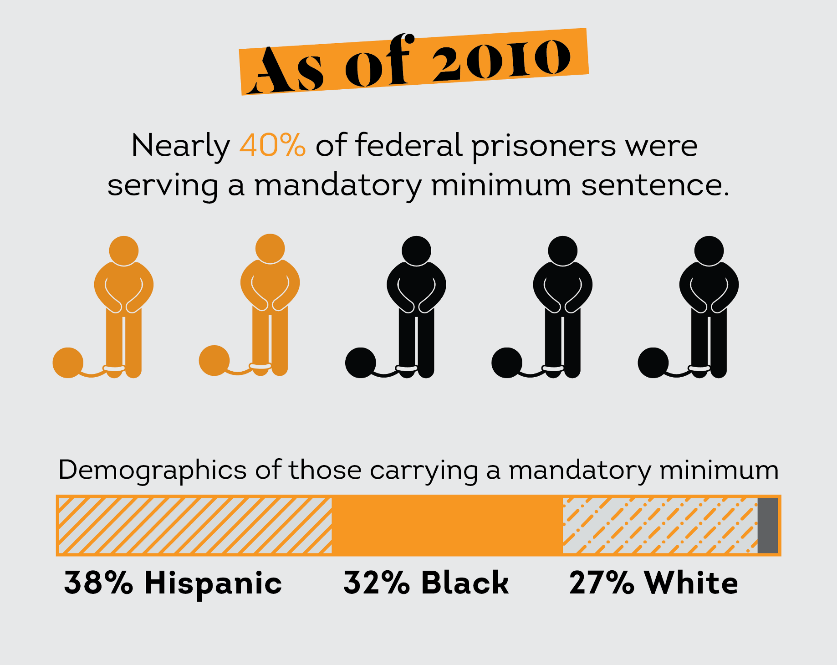 Common offenses and Penalties regarding the Mandatory Minimum Penalties:

To fight and combat an array of issues as a result of drug trafficking and other related crimes, Congress decided to make crucial changes in Mandatory Minimum Sentencing, which began in 1951. Most of the penalties and common offenses are related to drug offenses. Other than this, most of the convictions under different statutes require mandatory minimum penalties that relate to controlled substances, identity theft, carrying firearms, and sex offenses.

Other than this, most of the sentences and penalties are linked with planned substance offenses. Over the past few years, drug trafficking offenses, assaults, and crimes have deemed for almost two-thirds of the overall crimes which carry the Mandatory Minimum Sentence and are considerably higher than any other class of attacks.

This trend is not shocking and surprising for most of the people mainly because of the upsurge in the number as well as the brutality of the mandatory minimum sentences for drug trafficking crimes right before the propagation of initial strategies. The Anti-Drug Abuse Act of 1986 developed some mandatory minimum sentences and penalties for drug trafficking offenders, which was later extended in 1988.

As we have already discussed earlier, Mandatory Minimum Sentencing laws are rules which give a certain amount of prison time for several crimes, primarily drug possession. Judges cannot alter or reduce these sentences, even for mitigating situations that would easily lessen the duration of punishment.

It may be argued that some drug sentences may be considered unfairly long, ineffective, and brutal regarding mandatory minimum punishments. This is a major issue with Mandatory Minimum Sentencing and has sparked criminal justice reform in the U.S. Moreover, the three-strikes law, which is another kind of mandatory minimum sentencing that gives someone convicted of a crime a life sentence, is debatably unfair as well for what may be considered low-level offenses by individuals who are involved in a third felony. However, these penalties vary in different states.

Differences between the Federal and State Drug Selling Law:

Even though there are a few states which tend to use the sentencing guidelines along with the mandatory minimum sentencing, each of them functions differently.

Mandatory minimum sentences are carried on for years despite disagreements by society and judges. In the past few years, South Carolina and Rhode Island abolished at least a few drug mandatory minimums entirely, offering an example for national reform. The Criminal Justice Policy Foundation (CJPF) is also refining and teaching the community about the necessity for modification for years. Back in the summers of 2015, Executive Director Eric E. Sterling of the CJPF invited President Obama to lecture about mandatory minimums for the duration of his leftover months in office. Even though most of the people thought that the laws were going to be reformed, there was no change seen until 2016.

Even though these laws and guidelines were formulated and stated quite some time ago, they can be a little different in different states and regions. The mandatory minimum sentencing laws are mainly used for crimes like drug trafficking both across the border as well as within the same country.

This elaborative overview of the mandatory minimum sentencing explains a lot of things. For more informative articles, stay connected with us on our Cell Block Legendz website.

Read more on Mandatory Minimum Sentencing by clicking on the titles of the books below:

The Downfall of American Corrections: How Privatization, Mandatory Minimum Sentencing, and the Abandonment of Rehabilitation have Perverted the System Beyond Repair by Natalie Faulk

If you enjoyed this article, share it with a friend. Thank you.

The banner image shown is for illustration purpose only. Actual dimensions may vary. Contact [email protected] for more information.