How To Keep Romance Alive After Incarceration

Posted by Cell Block Legendz Administrator on 4/1/2019 to 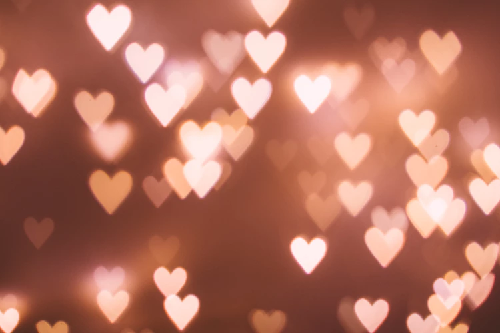 Okay, let’s dive right into the interesting title of this article because some of you may be thinking that it sounds far-fetched on the surface or had to think about it twice. At first glance, the thought of mentioning how to keep romance alive after someone is locked up may sound awkward in the least. Some folks may be thinking, ‘How in the heck are two people going to keep romance alive when one of them is locked up?’

After all, when one generally thinks of romance, it’s easy for romantic dates to the movies, candlelight dinners, walking and holding hands in the park, hugs and kisses under a moonlit sky, flowers and rose petals leading to the bedroom, and the whispering of sweet nothings in an ear can easily come to mind. It can be difficult to feel like romance or romantic gestures and jail or prison go hand in hand. However, there are couples who were romantic or had a close romantic bond before one of them went to jail or prison and their feelings haven’t instantly stopped or went away.

Now, I realize that romance may be the last thing on a couple’s mind when a partner goes to jail or prison. Emotions can be running amok and stress levels can be off the charts if anyone involved does not have adequate coping skills, resources, and support to deal with the situation.

However, at some point, it may become relevant if one or both partners decide that they are going to stay together throughout the ordeal and keep romance as an option to do it. If romance isn’t or doesn’t become an issue, then it may be because a couple is normally romantic or has a different type of relationship that works for them.

Obviously, if you are not or never have been involved in a romantic relationship with someone who is or has been incarcerated, then this article may not be your cup of tea. However, there are many couples who deal or have dealt with this topic so they can relate, and this article may be helpful for them and others.

Sometimes, the topic of staying together or keeping romance alive isn’t even discussed at all by partners and they go with the flow and play things by ear. Or, one partner may exit stage left after one of them is locked up and the relationship dissolves or is on and off again. However, if the couple stays together throughout the incarceration of one of them, then there are some ways to keep the romance alive or create romance between them.

Merriam-Webster’s online dictionary defines romance in many ways. In the context of this article, romance is defined as a love affair or story or an emotional attraction or aura belonging to an especially heroic era, adventure, or activity.

If you notice, the word SEX does not come up at all in the definitions of romance. However, sex (especially great sex) can positively enhance the emotional bond of a healthy romantic relationship.

Although physical distance and a lack of physical intimacy that a couple faces when one of them is incarcerated, they can recall positive experiences and memories that they had prior to the incarceration in their minds…without sex. Never discount the power of the imagination.

According to Psychology Today (2014), research suggests that the male attitude toward love is actually more romantic. In relationships where a man who is romantic is involved, his attitude toward romance may be possible if/when he becomes incarcerated unless it changes or goes way.

Irrespective of factors such as the amount of time the incarcerated must serve, the topic of fidelity and infidelity, abstinence, and physical distance, a couple can be and maintain heated romance with each other while one of them is incarcerated. The depth of feelings or romance may depend on the type of relationship that the couple had prior to incarceration or created and developed during the incarceration.

A couple dealing with incarceration is encouraged to build an EMOTIONAL CONNECTION AND BOND first and foremost. An emotional connection and bond can enhance romance and vice/versa. It may take a solid commitment and work to create, build, and/or keep an emotional bond and connection that may supersede the couple’s need for focusing on the lack of (regular) sex and physical intimacy that they experience when one of them is incarcerated.

If the couple’s relationship was on shaky ground before a partner became incarcerated, then it can be an opportunity to create an emotional connection and bond and become romantically closer. If the relationship was based primarily on sex when one partner gets locked up, then the couple and they may want to consider finding ways to sustain the relationship and romance without sex.

A couple can view the incarceration of one partner as a way to take the time to really get to know each other without the distance and lack of physical intimacy being factors. If a solid romantic relationship and friendship minus sex can be established, maintained, and grown, then it can make a relationship that much stronger.

It may or may not be challenging for a couple to focus on building or strengthening a romantic relationship when one of them is incarcerated. However, they are encouraged to not view the lack of sexual contact as torture or being deprived. A couple can look at not focusing on the lack of sex as an opportunity to really get to know each other and build an emotional connection and bond that is romantic, exciting, mysterious, and fun. And, the lack of sex would probably only be an issue for couples who had sex prior to the incarceration.

The distance and lack of physical intimacy or sex can serve to create, challenge, and strengthen the relationship to different or better levels. These factors can allow a couple to get more in tune with each other emotionally, spiritually, and otherwise while allowing the relationship and romance a chance to blossom and flourish.

Sex or even great chandelier-swinging sex does not guarantee a meaningful, romantic, solid, intimate, and successful relationship. However, things like communication (listening, seeking to understand, empathizing), mutual respect, and trust can help to create and foster a better relationship between a couple who is dealing with one of them being incarcerated.

It is not suggested that a couple risks having physical sex in between the vending machines, during what they think are “private” moments, or give each other hand or foot jobs beneath the visiting room table in a false belief that these acts are romantic or will bring them emotionally closer to each other. That is a surefire way to get banned or worse if they get caught and it’s not worth the risk. Many prison or jail visiting rooms are equipped with cameras and facility personnel who observes and oversees visits.

Ways To Keep Romance Alive After Your Partner Is Locked Up

We came up with a spectacular list of things that couples can do to create and keep romance alive when one of them is incarcerated during visits and/or when they are away from each other:

1. Partners can wear their partner’s favorite color or favorite blouse or shirt on a visit (keeping in mind the facility dress code guidelines for the incarcerated and visitors).

2. The non-incarcerated partner can wear a light scent of perfume or cologne (that the partner likes).

3. The couple can take a facility photo together as a keepsake and memory when they’re away from each other.

4. A couple can hold hands, kiss, hug, make frequent eye contact, smile at each other, and stare into each other’s eyes during visits.

5. A couple can laugh, grin, and joke with each other during visits to make each other feel good.

6. A couple can flirt with each other and reminisce about memorable times they had together.

7. They can also plan romantic events, trips, and/or getaways that they can do together upon any release of the incarcerated.

8. A couple can verbally and non-verbally communicate with and listen to each other by leaning in toward each other and sharing positive thoughts about each other.

9. A couple can compliment each other’s positive attributes that they admire about each other.

10. They can appropriately stroke each other’s face, hair, and arms during visits.

11. A couple can discreetly share their romantic (or naughty) fantasies of each other during visits or in letters or correspondence.

12. A couple can write romantic letters and poems to each other and send romantic greeting cards, artwork, and drawings when they’re away from each other.

13. A romantic marriage proposal can be made on bended knee (if allowed) or they can plan to get married in jail or prison and exchange romantic vows and gestures if they feel they’re ready for that step.

14. A couple can romantically renew their marriage vows by creating special vows that they can verbally recite to each other (Be sure to check facility guidelines to see what is or isn’t allowable).

15. A couple can remember to say “I love you” to each other before, during, and after visits, on the phone, and in letters and correspondence.

Basically, a couple can do just about everything they did before one of them became incarcerated. However, they may not to be able to do things like physically go to places together outside of the visiting room and have privacy (unless they’re married and have conjugal visits in states that honor conjugal visits).

There may be more romantic gestures that you may come up with on this topic and you are free to ponder those gestures, particularly if you are in a romantic relationship with someone who’s incarcerated or unfortunately find yourself in this situation one day. Ultimately, a couple can decide if and how romance will or won’t play a part in their relationship when one of them is incarcerated.

Did you enjoy this post? We'd be grateful if you would help us spread it by emailing it to a friend or sharing it on Facebook or Twitter. Thank you!

The banner image shown is for illustration purpose only. Actual dimensions may vary. Contact [email protected] for more information.