Posted by Cell Block Legendz Administrator on 9/1/2021 to 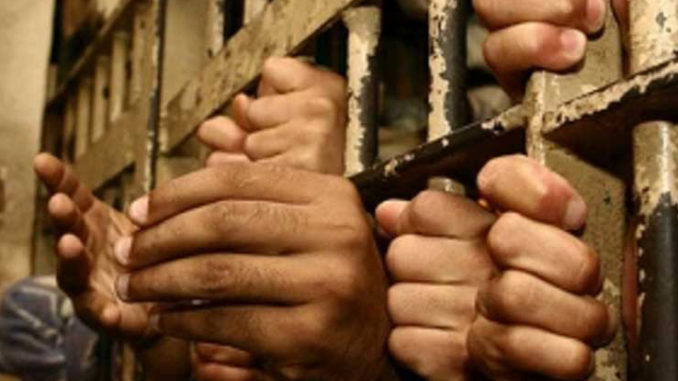 Cell Block Legendz Does Own The Rights To This Image.

Over the years, one of the main challenges facing prison authorities worldwide is finding out the best ways to handle prisoners' overcrowding effectively. While overcrowding has always been a significant concern for the Bureau of Prisons in the U.S, the COVID-19 global pandemic has further brought the matter to the front burner of national discussion. This article will discuss Some Best Ways To Help Reduce Jail And Prison Overcrowding.

According to Prison Policy.org, the criminal justice system in America holds 2.3 million incarcerated people, while the U.S prison currently has a 103.9% occupancy rate. This implies that prison facilities are presently holding more inmates beyond their designed capacity. The implication of this is that inmates can be exposed to social violence, poor living conditions, and overstretched prison facilities, making it difficult to maintain social distancing in the face of rising cases of COVID-19, the new Delta variant, and other environmental challenges.

Why Are Prisons Overcrowded?

There are different factors responsible for inmate overcrowding from one country to another. For example, in the U.S, an increase in the crime rate, increase in the number of inmates awaiting trial in various courts, public demand for an increase in a prison sentence for offenders, failure on the side of the government to expand prison holding capacities, and the restriction or elimination of early release programs like parole amongst others have been significant factors contributing to prison overcrowding.

What Are The Adverse Effects Of Prison Overcrowding?

First, to understand the effect of prison overcrowding, one must realize that prison is also part of society. Therefore, whatever happens within the prison facility can also affect society-at-large. For instance, overcrowded jails can lead to health hazards and make it challenging to manage deadly diseases like the COVID-19 virus. This is because this disease can quickly spread in an environment where practicing social distancing measures is difficult.

Third, overcrowding of prison facilities can overstretch the existing infrastructure, thus leading to scarcity of basic amenities such as toiletries and personal hygiene items. When essential amenities are not in place, it can worsen the living condition of both inmates and staff working within the prison facility.

Undoubtedly, the Bureau of Prisons has always made efforts to decongest prisons across the U.S. Some efforts and reforms include:

·        • Introducing educational and vocational classes to the inmates

·        • Home confinement instead of sending or leaving offenders to prison

While all these measures are geared towards depopulating prison facilities, other measures that can further reduce prison overcrowding are:

Granting parole to inmates with good behavior and the non-violent offenses can reduce prison congestion. The primary reason for introducing a prison sentence is to remove individuals with deviant behavior from society and keep them in custody. They can be educated and rehabilitated in prison before reintroducing them back into society, especially those with non-violent offenses and first-time offenders.

So, once a prisoner has shown good behavior, the best thing to do is release such a person on parole, early release programs, or home confinement instead of further incarceration. Early release for prisoners with good conduct will go a long way in reducing prison congestion and help to reduce pressure on prison facilities.

Home confinement requires an offender to stay in their homes or in the home or dwelling of others. In contrast, an electronic home monitor uses an electronic device such as an ankle device to always monitor the offender’s movement. To reduce prison congestion, home confinement and electronic home monitoring can be adopted. These two methods will go a long way towards reducing the number of inmates in prison and reduce environmental and health risks among inmates and prison officials. 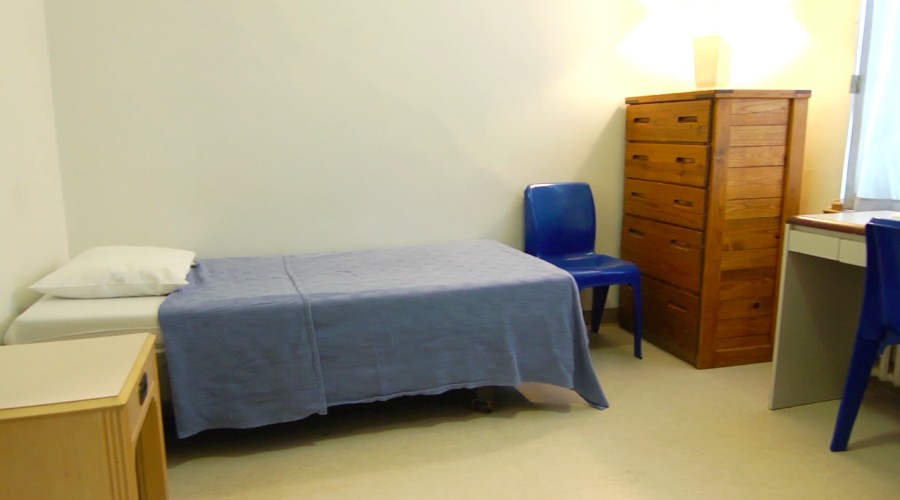 The halfway houses, also known as community correction centers, are designed to serve various purposes, such as facilities for offenders that violate their parole conditions, a prisoner serving a short-term sentence, and a facility for housing prisoners recently released on parole or other programs before reintegrating them back into the society.

Furthermore, the Federal Bureau of Prisons can transfer first-time offenders or prisoners with non-violent offenses to halfway houses instead of moving them to maximum prison to reduce overcrowding within the prison facility.

Asking offenders to carry out community service instead of a prison sentence will reduce prison congestion. However, to ensure this system is not abused, only offenders with a non-violent offense, prisoners with short-term sentences, and those who have committed a civil crime should be granted access to community service instead of serving jail time. This system can also be extended to prisoners released on parole to monitor whether they constitute a threat to society.

5) The Use Of Fines Instead Of Jail Or Prison Time

To reduce jail overcrowding, there should be substituted punishment for offenses committed by offenders. For instance, if an offender breaks traffic laws or destroys public property due to recklessness, instead of jailing or imprisoning the offender, the court can consider imposing a fine for the offender to pay that is proportional to the value of what was damaged.

So, instead of sending the offender to serve jail time, the individual will only have to pay for the offense. One downside to this proposal is that it can unjustly exclude offenders who are unable to afford or pay fines due to a lack of money or resources. Alternative options to promote fairness for prisoners who are unable to afford to pay fines can be implemented. However, the option for offenders to pay fines may cut down public expenditures used for fixing infrastructures and reduce the number of inmates in incarceration. 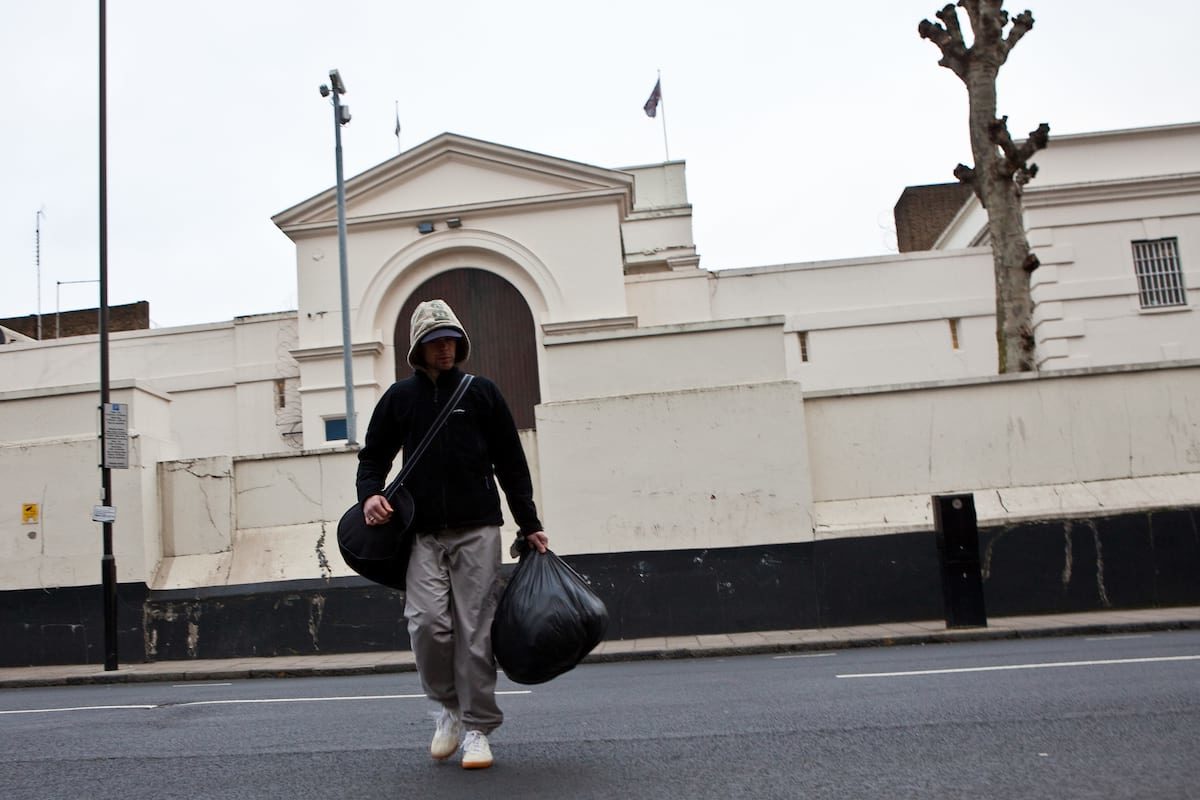 Prison congestion is a subject matter that all stakeholders, including the public, should take seriously because the prison is part of the larger society. When anything goes wrong, the impact may be felt across the board. When jails and prison facilities are overcrowded, it poses environmental and health hazards to inmates, staff, and the facility.

With any daily increase or surges in COVID-19, the Delta variant, and infection spreading across various states, the federal Bureau of Prisons can implement further frameworks that will drastically reduce the number of inmates across various prisons by using other alternatives such as fines, home confinement, and other alternatives to jail and prison time. Adopting other alternatives to jail and prison sentences may drastically reduce the number of inmates, reduce pressure on existing prison infrastructure and further reduce the possibilities of deadly outbreaks of various diseases within prison facilities and, by extension, the larger society.

For more information on prison overcrowding, click the link, below: (Disclaimer: Affiliate Advertising. As an Amazon Associate, we earn from qualifying purchases.)

The Cutting Four-Piece: Crime And Tragedy In An Era Of Prison-Overcrowding By Scott Thomas Anderson