Posted by Cell Block Legendz Administrator on 12/1/2021 to 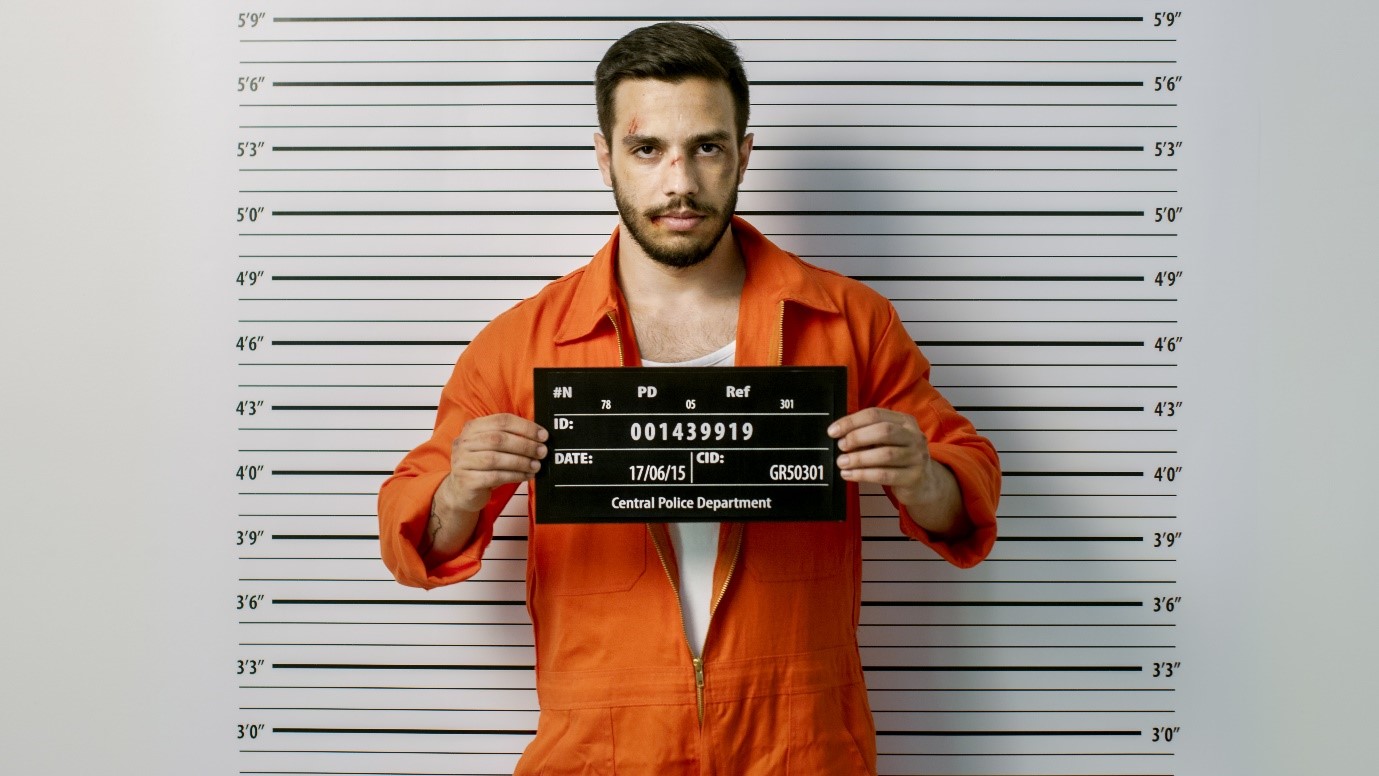 Domestic violence happens in so many ways; however, the end is always the same, there is the authoritarian and abusive person inflicting hurt and the victim receiving the hurt, in the eyes of the law at least. As a result of this, people get incarcerated for abuses that they claim they did not commit. Once you get charged with domestic abuse and sentenced, usually through Family Court under Family Law in various states, it can go into your permanent record, and you automatically have a criminal record, which may affect your relationships and life going forward, whether you are innocent or not. This article will discuss 10 Things About Domestic Violence Courts And Sentencing To Be Aware Of.

If you are caught in a fix, here are 10 things about domestic violence courts and sentencing to be aware of:

1. That You Were Arrested Does Not Mean You Will Be Charged

Yes, getting arrested for alleged abuse may cause issues in your relationships, family, and public image, but there is some hope in the ‘innocent until proven guilty’ aspect of the law. In cases where the accused is the actual victim, but technicalities are pointing fingers at them, a good lawyer is needed to get any supporting facts. However, the first thing an individual needs to understand is that until they are sentenced, there may still be a long battle ahead.

As insignificant as this seems, it can make a valid argument and point for the prosecution. Abusers have learned how to manipulate the system so that it works in their favor, and being the ones to call 911, even when they are the ones meting out abuse, is popular. In many cases, because they were the ones who made the call, you may be the one getting arrested. Now, while you cannot do anything about the fact that they made that call, it would help to be prepared for the 911 call being among the evidence placed in the court. 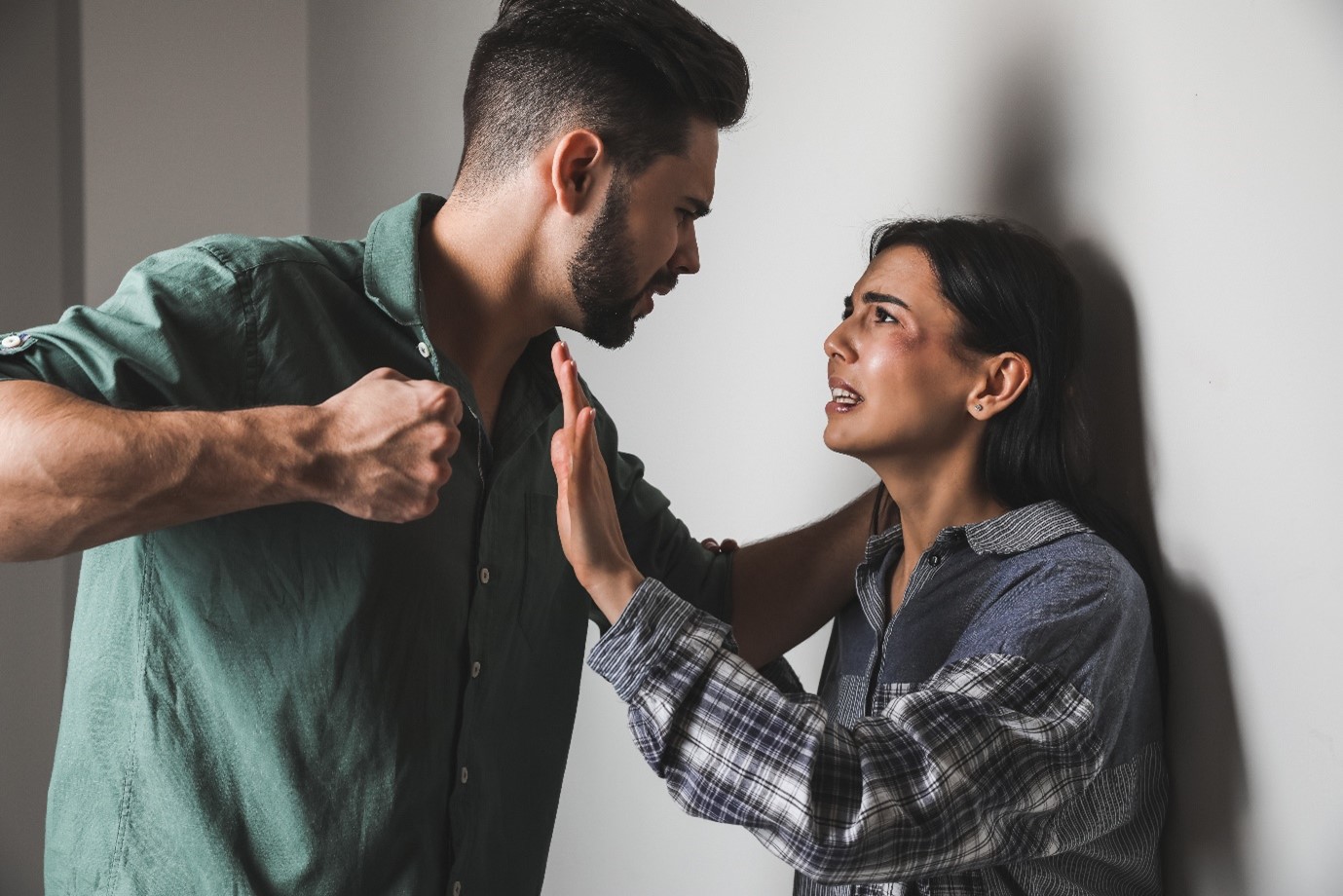 3. Who Had The Worst Injuries?

In the middle of a domestic fight, sometimes, the victim fights back and, in the process, injures the attacker severely. In cases like these, gender bias can play a huge role. In some cases it may not matter if a man or stronger individual has been abused; a woman’s or physically weaker individual’s case can have an upward trajectory here because they may have more visible injuries. So, understand that if you are the stronger person and during the fight, you defended yourself and caused more traumatic injuries than were afflicted on you, the court process and finally sentencing may not be in your favor.

4. Can The Act Be Considered Intentional?

Proving whether the injuries inflicted were a heat-of-the-moment thing or if they were premeditated or ongoing with intent to hurt may seem hard, but this is where you may get off if your lawyer is good. In the middle of the fight, did you push them intentionally to cause harm, or were you trying to get away from them and, in the process, hurt them? The court is judging based on the traumatic injuries that can be seen on this individual. However, if your lawyer can prove that you did not inflict these injuries intentionally, you might be able to escape jail or prison time. Keep in mind that domestic violence courts that handle these types of cases are well aware of abusers claiming they had no intent to harm although they may have. 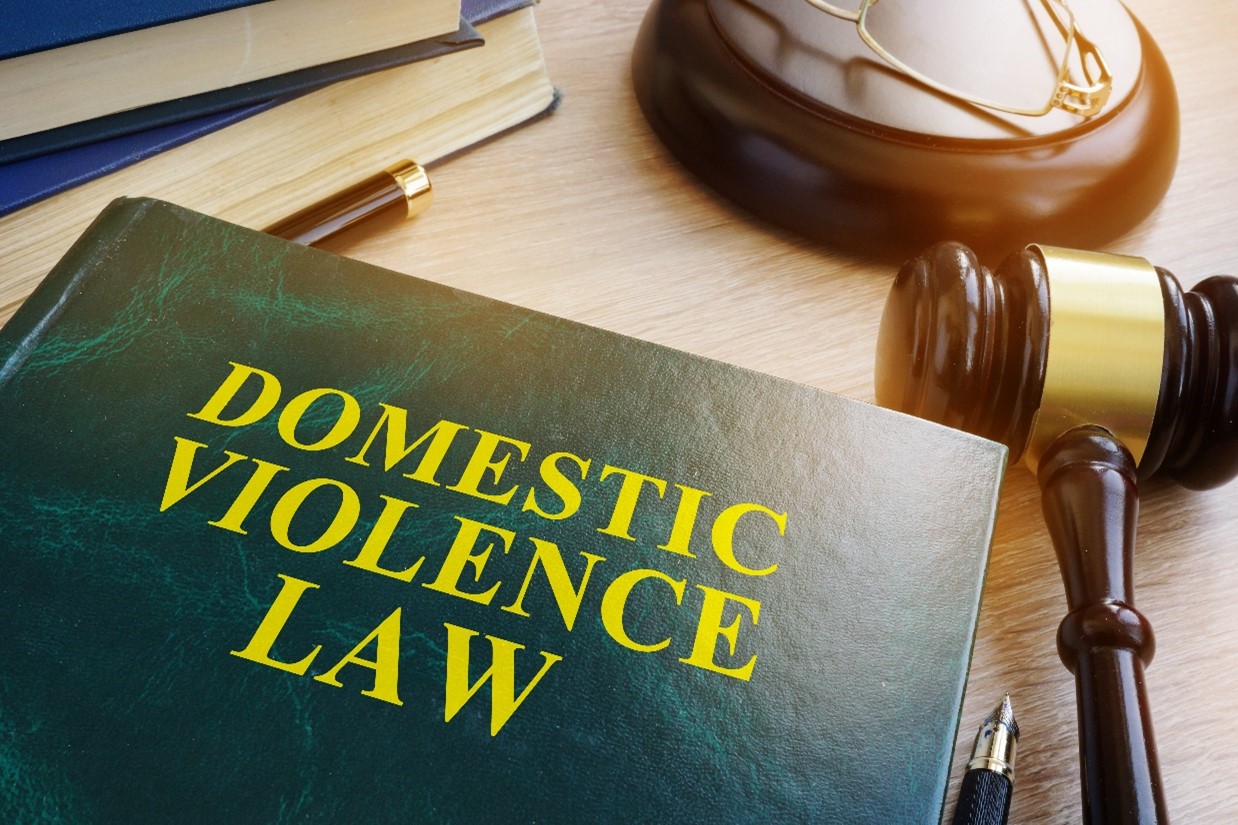 If you are convicted of the crime of domestic violence by the court beyond a reasonable doubt, as a first offender, you could be sentenced to 6 months in county jail. You could also be fined as much as $10,000.00 dollars. In some cases, there may be community service of up to 120 hours, and you will be asked to attend counseling. If the case goes to a domestic violence treatment option court, counseling can most likely be the Sentence, but a defendant can end up with a harsher sentence.

6. The Sentence Can Be Reduced

If you are guilty, the sentence can be reduced if your lawyer is able to find weaknesses and poke holes in the prosecution’s case. Your sentence could be reduced to a mere misdemeanor or a breach of the peace. In this case, your lawyer can plead for a stayed adjudication where you are never sentenced but made to go through some of the punishments. 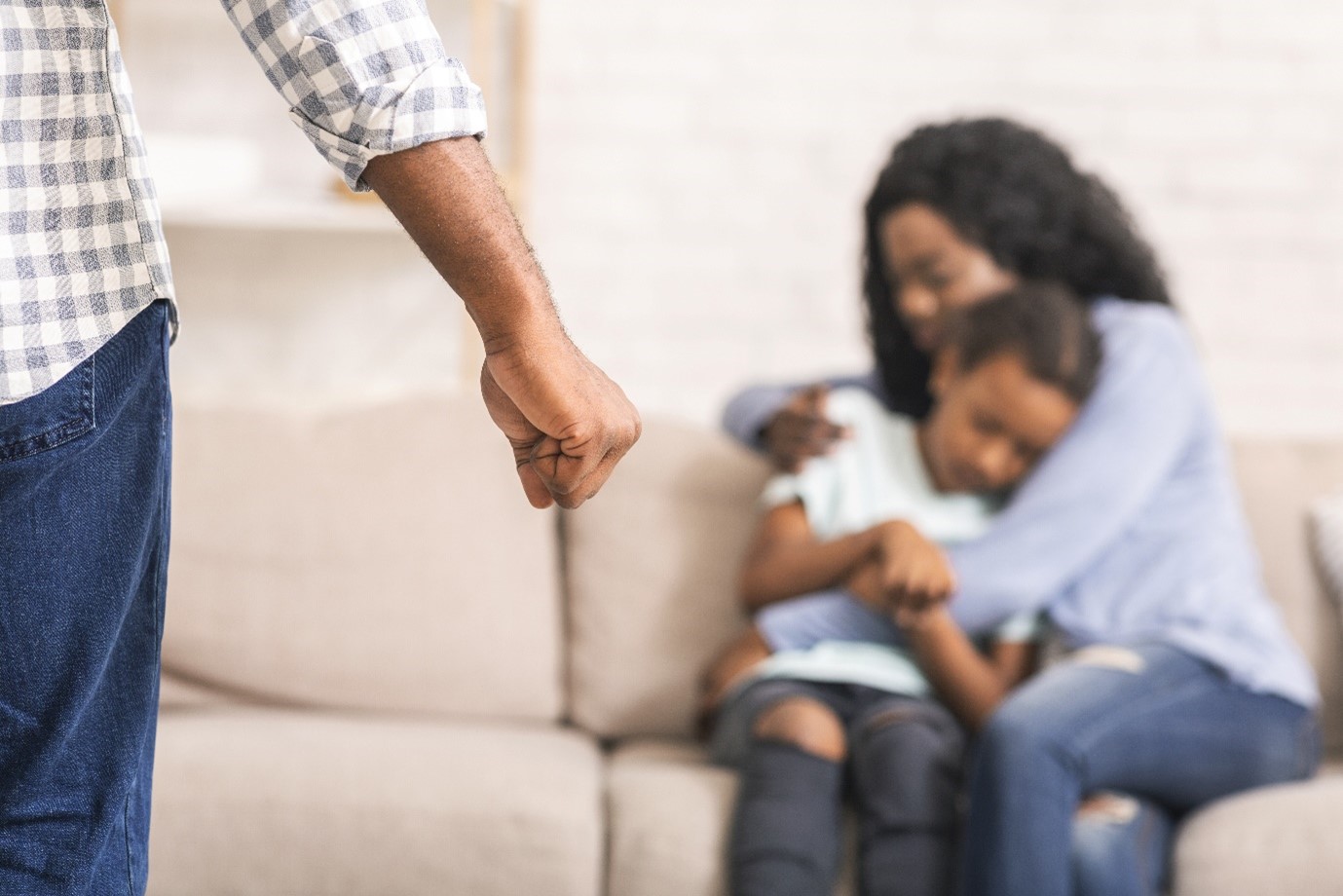 Image Source: Adobe Stock
7. You Can Seal The Records

If you are worried about the stain of being an abuser on your permanent record, know that you can seal the record of the charge. Nevertheless, this can only happen when you were never sentenced after the charge. Therefore, it is not in the best interest of an actual abuser to believe that they can commit domestic violence offenses, take a plea deal to the charges, and simply seal their record after their sentence.

8. A Domestic Violence Charge Can Impact A Child Custody Battle

If your partner accuses you of domestic violence in the middle of or right before a custody battle, you may want to just accept visitation rights or shared custody. The court will not grant full custody of a child to an abusive parent, even though it probably has happened in some instances; if allegations, facts, and evidence are strong enough to be upheld in court, they will probably deny you your child.

9. The Victim Cannot Drop The Case In Some States

10. You Cannot Legally Possess A Firearm After Sentencing

If you were charged and convicted of domestic violence, the law prevents you from possessing and owning a firearm. If you are found with a firearm, you may be arrested and sent to jail or prison if you commit menacing, shoot, injure, or kill your victim or someone else. 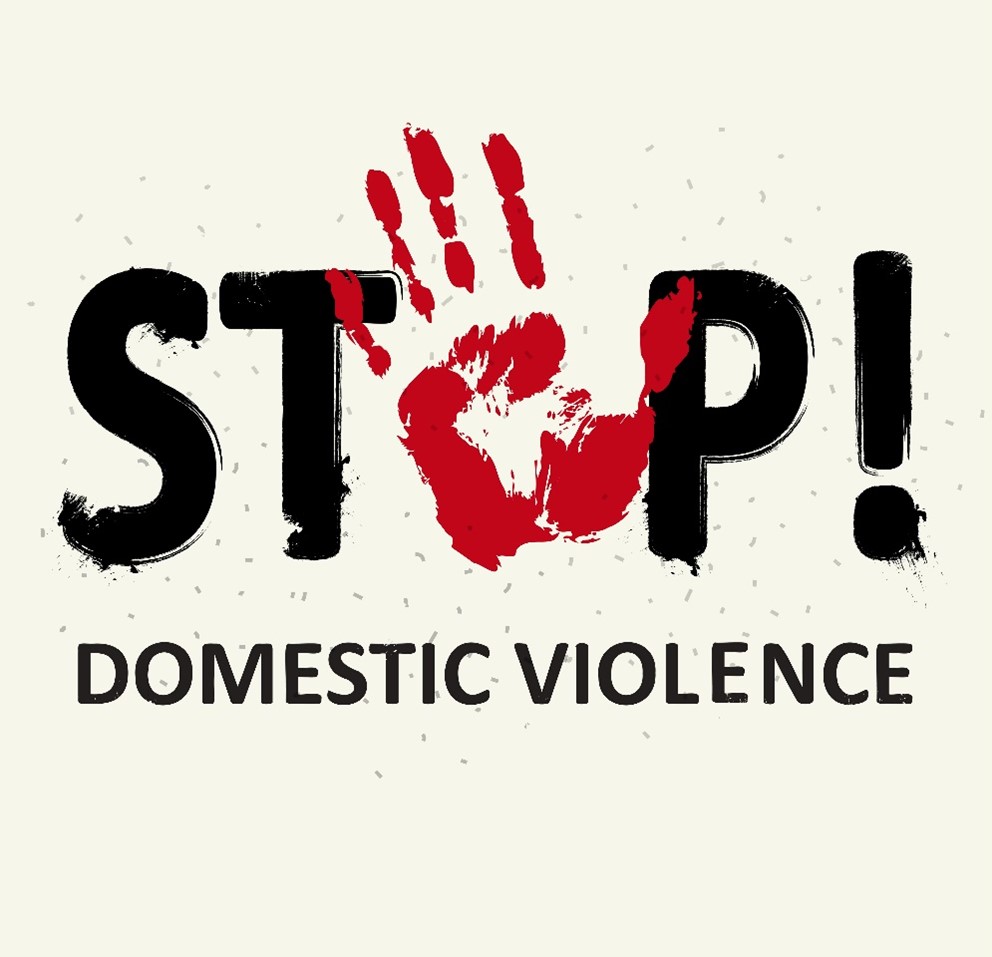 Domestic violence is never a good thing. Some domestic violence incidents do not end well. They can not only leave a devastating trail of emotional, mental, psychological abuse, and physical injuries but lead to murder too. Domestic violence negatively impacts everyone involved from kids, families, the abused, abuser, and others as well.

If you are charged with domestic violence, your world may come to a standstill for a moment depending on the outcome. However, it is important to work with a competent and experienced lawyer who can support you and learn your rights in the justice system. Before you say anything or do anything that may be used against you in a court of law, get a lawyer and be honest about everything with them as they need all the facts to defend you.

Finally, remember these 10 things if you are accused by a partner, even before any charges are made. Ultimately, it is best that people keep their hands to themselves, avoid using emotional, verbal, and physical weapons to resolve disputes, depart from the presence of conflict, if possible, take a walk, or just remain apart altogether before any domestic violence ensues and the courts have to get involved.

(Disclaimer: Nothing in this article should be construed to be legal, business, or therapeutic advice.)

For more information on domestic violence courts and issues, click the link, below: (Disclaimer: Affiliate Advertising. As an Amazon Associate, we earn from qualifying purchases.)