Having a loved one in prison can feel overwhelming and stressful, but it does not mean you should abandon them. Prisoners cannot do without your support in surviving the prison environment or getting out. Depending on the level of severity of the criminal allegations, people can go to prison for different reasons, from criminal allegations deemed minor such as pickpocketing to grave offenses like felony vehicular manslaughter.

Today, the United States has over two million incarcerated people shared in federal prisons, juvenile correctional facilities, local jails, immigration detention, Indian River County jail, military prison, and civil commitment centers. So, while you still may be in shock over your loved one’s arrest, there are legal ways for your loved ones to pursue regaining their freedom. This article provides you with 10 Good And Helpful Ways To Get Your Loved One Out Of Prison.

The intent of this blog article is not to condone or encourage anyone to unlawfully plan to or break anyone out of prison (or jail) to get them out. That can lead to a loss of their freedom. Remember that an arrested suspect can be bailed out of jail if there is bail. However, this does not apply to prisoners serving time, but there are lawful and approved ways to seek an early release.

As a family member, friend, or partner to your incarcerated loved one, it can help if you show uncanny support and encourage them to avoid trouble in prison as best as they can.  While you diligently do your best to upturn every stone using the necessary outlet to help them, remind them to be safe, aware, and learn the system. Whether they need a lawyer to go through the case file, file an appeal, or there is exoneration evidence or even a pardon, the following ways below, although not guaranteed, may help to get them out of prison: 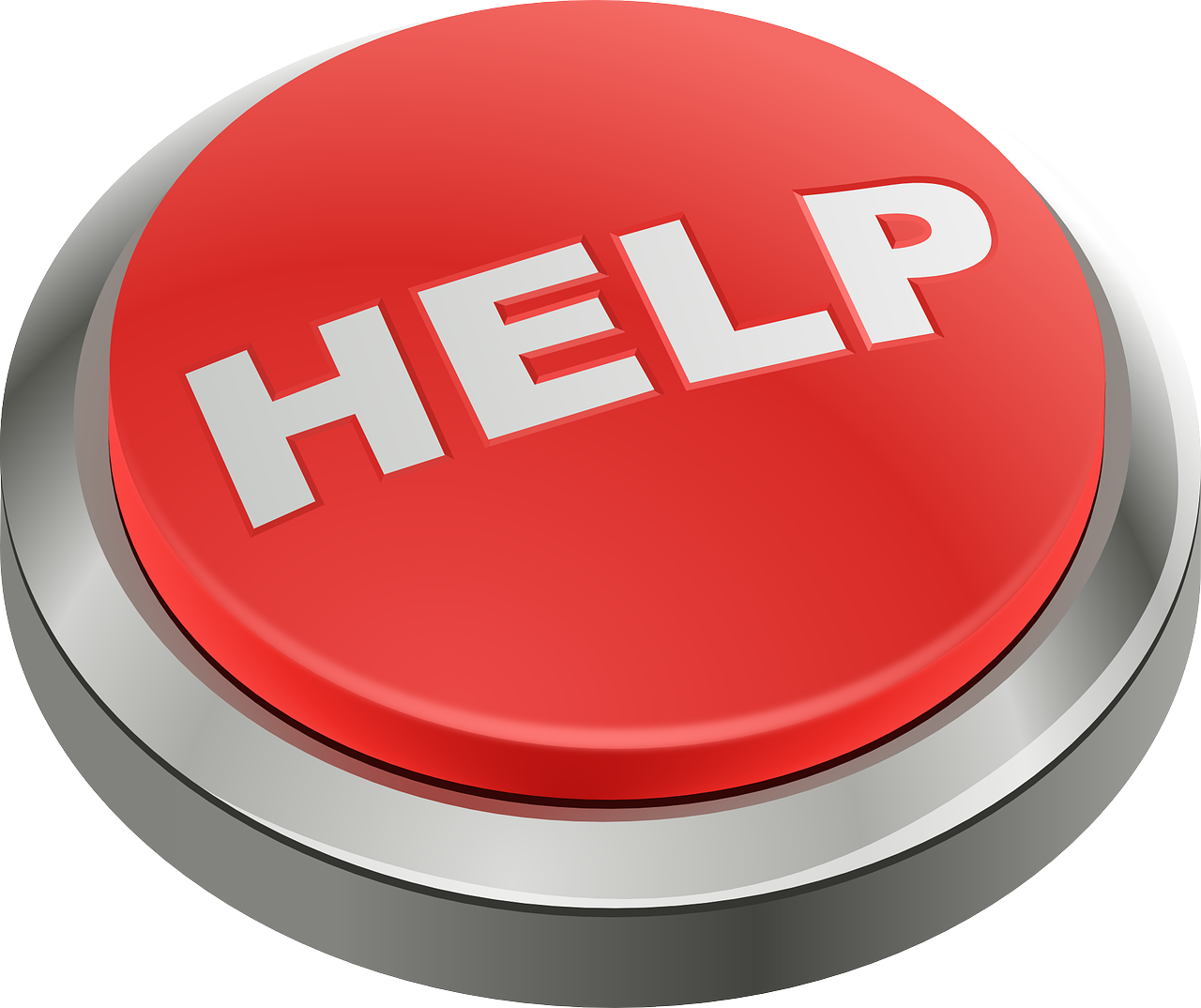 10 Ways To Get Your Loved One Out Of Prison

Love Them Regardless – The process of seeking release for an incarcerated loved one may be time-consuming, tedious, and impact social, family, and romantic relationships. It can also affect a prisoner’s mental health, so remember to keep visiting, accepting their calls, writing letters, sending money, and care packages. Remember that they are under constant judgment by society, even after sentencing, so it may help to show them that you will not add additional unwanted criticism, stress, or selfish disregard to their lives. You should also tell them how much you love them to keep their spirit up and remember your self-care.

Be Supportive, Encouraging, Understanding, And Patient – These can be hard to do because of the stigma that comes with being arrested and imprisoned. Instead, help calm the prisoner’s fears and seek support from the right people that know the law to aid the prisoner. Meanwhile, encourage your incarcerated loved ones and help them realize that although their stay may be for a while or briefly, they can remain hopeful and diligent for their release and come to terms with the circumstances.

Research, Research, And Do More Research – Most people may not learn or know their full rights by the law until something happens. While seeking an early release or sentence reduction, do not stick to one method. Take the time to painstakingly research different lawful avenues and options. After all, you cannot be as effective as possible to help your incarcerated loved one if you do not learn about the criminal justice system.

Investigate The Procedures And The Chance Of Release  - Various procedures could aid early release, sentence reduction, pardons, and more.  Check out how the process works, obtain your incarcerated loved one's honest feedback about their case, and help them through preparing a solid presentation, application process, and gathering legal information. Commutations, Compassionate Release, correcting or modifying their sentence in their favor, credit for completion of recidivism confinement, and elderly offense pilot programs are all ways to seek an early release.

Gather The Necessary Resources - Whether you are the one using the information on behalf of the prisoner or gathering resources for the prisoner, ensure they get the relevant resources they need that help them on time. You can also help the prisoner gain access to agencies and social resources that can help their case.

Get A Lawyer – There is nothing like a good criminal lawyer or public defender with a proven track record and reputation in dealing with prisoners and criminal lawsuits.  It may not be a bad idea to learn legal knowledge and language that may be favorable to getting a prisoner’s early release. Whether a lawyer researches the facts of the case, files motions or appeals, or you hire them to acquire and provide legal information for a prisoner’s case, you can learn knowledge of the process and laws that can help your loved one.

The First Step Act (FSA) – This Act may be the most controversial and successful prison reform law signed into law in 2018 by Donald Trump. The Act aims to decongest federal prisons and release certain criminals and is said to have been long overdue by prisoner advocates. Inmates seeking eligibility for release under the FSA are in prison for things such as non-violent crimes, terrorism, sex and drug trafficking, espionage, and other crimes.

Since the FSA came into existence, over 4,000 inmates have gotten sentence reductions, and some released. The process is not easy as there is a lot of paperwork to be compiled and submitted to the Bureau of Prisons (BOP) and then the courts for approval. This Act goes hand in hand with the Good Time or Good Behavior law, where prisoners with good credits based on their prison records received pardons or hearings that got them released. The FSA has allowed thousands of inmates to gain their freedom and spend more time with their loved ones and family without remaining behind bars.

The Pacer System – The Pacer System allows registered users to gain access to legal documents and case files of prisoners filed in any federal court throughout the country. Getting your hand on the necessary documents allows you or a lawyer to go through them and ascertain if the case for early release is worth it. You or a prisoner can use law libraries as resources to gain legal knowledge and case law information that can help prisoners work on getting an early release as well, aside from the Pacer System.

Keep An Incarcerated Loved One Updated On Filing Deadlines – Being in prison can make the time seem to fly by fast or go by slow, but for prisoners, it is usually the latter. So, ensure that you remind them of the various document filing deadlines and hearing dates, including for court motions, appeals, and sentence reduction, and the need to be on time with these things. Sometimes, filing legal documents too early may not be in the prisoner’s favor. 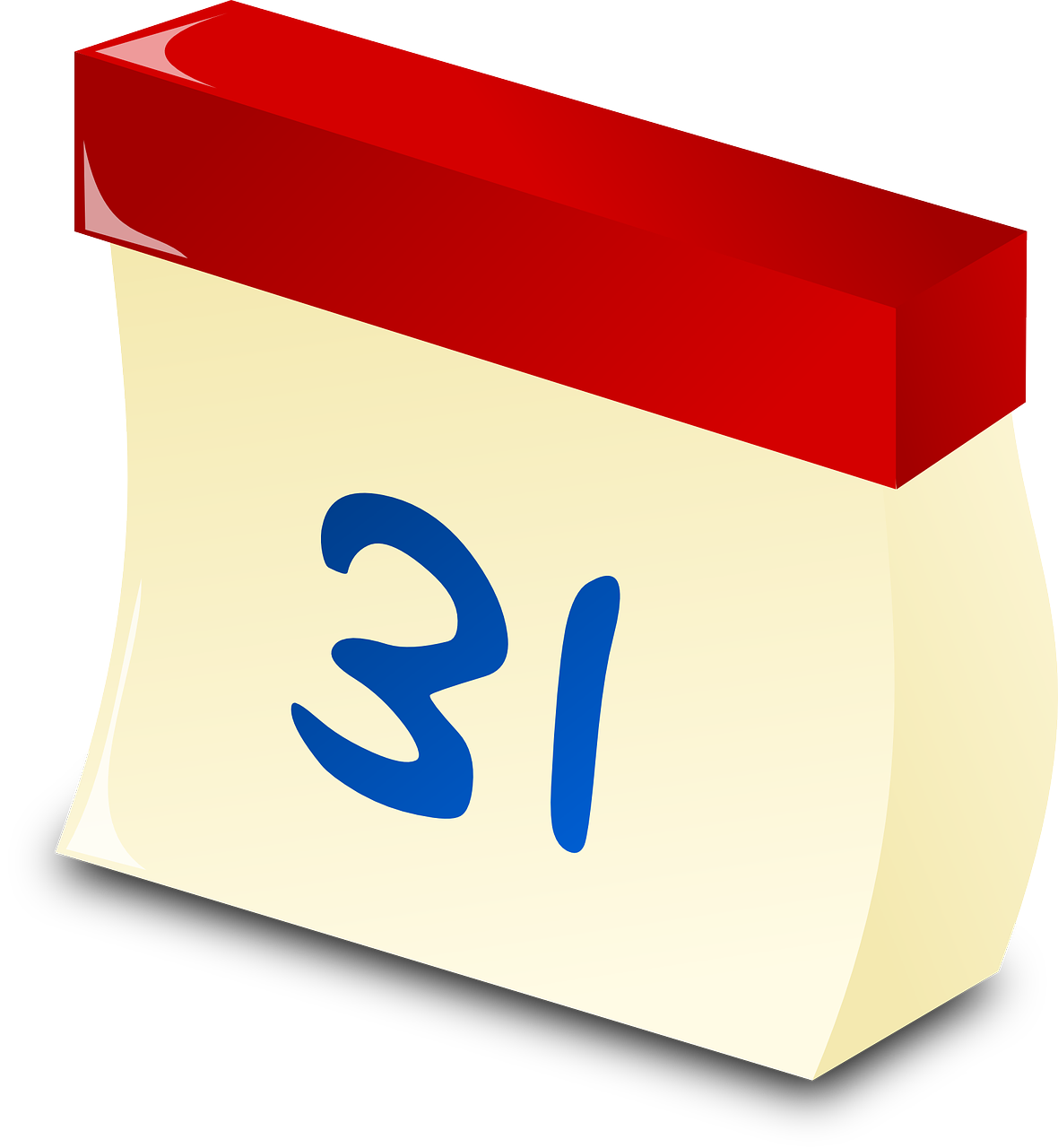 Follow Up The Process From Outside - Help your incarcerated loved one fill out parole forms and complete other forms and applications to boost their chances of early release and follow up diligently too. You can gather information from them during visits, letters, phone calls, or email, if it is accessible or allowed.

Seek Exoneration Evidence – If in doubt, seek strong direct or circumstantial evidence that can prove their innocence or improve their chances for early release. It will not be easy but listen to the prisoner and have them repeat their story repeatedly, so you are clear on their facts. Also, help them investigate whether DNA evidence or reliable witnesses may absolve them of criminal allegations. The bottom line is to use or discover evidence that may be favorable to their early release.

Submit An Application To A Political Office Holder – The U.S. president has the executive power to release prisoners via a pardon. Other political office holders may be able to aid in the process too such as state governors and politicians. If a U.S. prisoner has not received a pardon letter reply, he or she can submit another within the appropriate time-frame guidelines.

However, an application for a pardon must contain all important and necessary documents to the president, the office of the Governor, or the political office holder. It may be helpful to hire a lawyer for assistance or guidance if you or the prisoner cannot do it. You should know that a governor cannot pardon a felon with a federal case in a jurisdiction outside his own. The process for pardons and commutations is not for the faint of heart and may depend on political or influential connections and other factors.

For prisoners who seek an early release and do not use or have political connections, written and signed reference letters from family and loved ones may be helpful when a prisoner’s case is up for review by courtroom judges. Community and social agencies such as Legal Aid or others may help to obtain legal information to secure a prisoner’s early release as well.

Can Prisoners On A Life Sentence With Or Without Parole Get Out Of Prison?

Prisoners on life sentences with or without parole may be able to get their sentences reduced as well based on various legal reasons. It may involve independent or a combination of factors including age, health issues, newly-discovered evidence or witnesses, COVID-19 susceptibility and risks, good behavior, and/or if a motion for compassionate release or other legal paperwork was filed and agreed.

In November 2020, Juan Carlos Seresi was released on Compassionate Release grounds due to his age of 73 years old, a health issue of high blood pressure that placed him at risk for COVID-19, and for reasons deemed extraordinary and compelling by the court that released him. Seresi was convicted and sentenced to 505 years in prison in 1991 for money laundering conspiracy, as a non-violent offender.

Another famous clemency case was that of Precious Bedell. Bedell did time with a sentence of 25 to life for the murder of her daughter. However, the overturning of her time occurred after two decades in prison. During her years behind bars, Precious earned two academic degrees, started a mentoring program for black people, and published a parenting book on rage control. 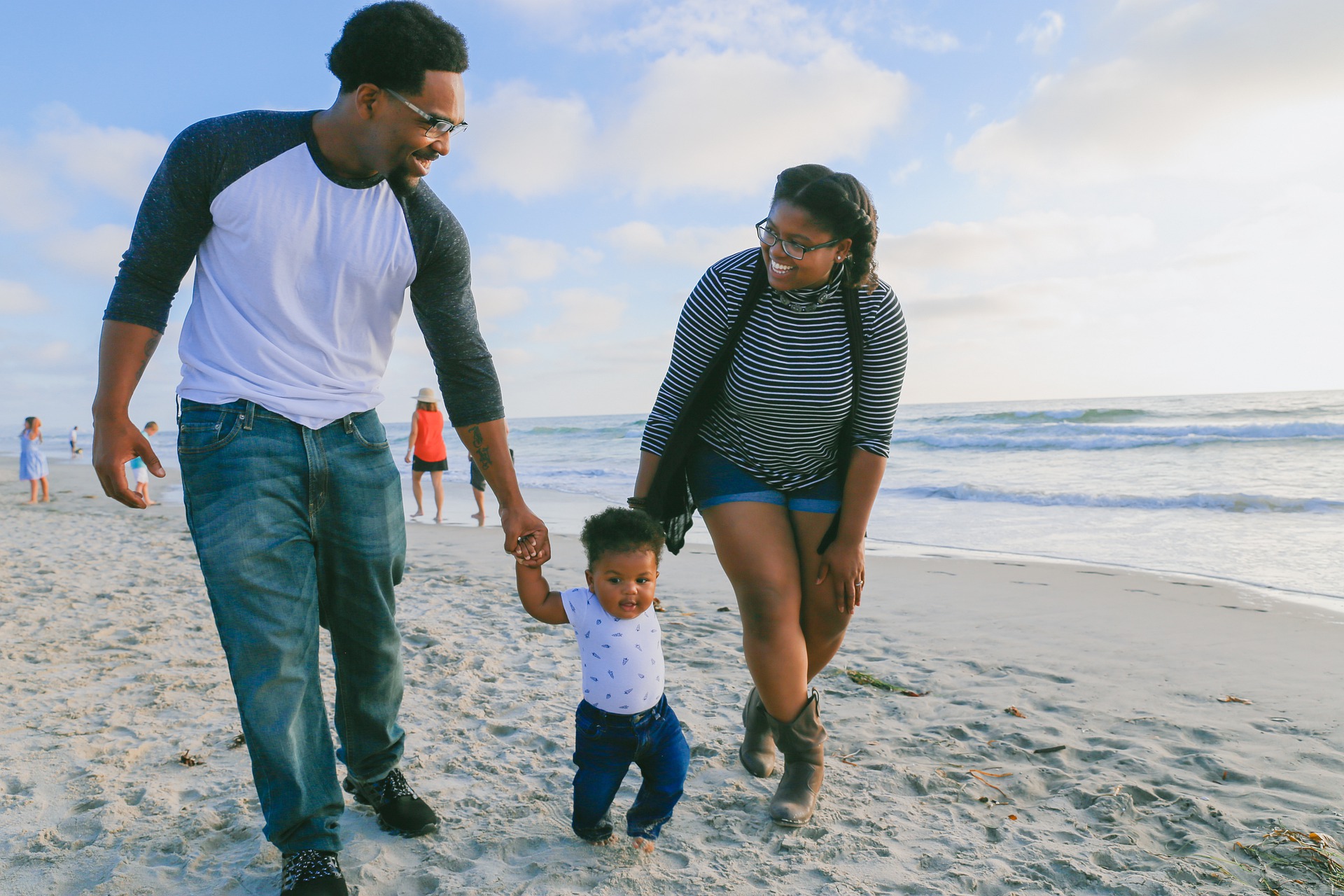 The American Prison system has a reputation as an unforgiving one, but it is compassionate on specific grounds and grounds that are extraordinary and compelling. Many prisoners seek justice through Compassionate Release grounds, such as the elderly or medically vulnerable, who are either at risk for complications due to COVID-19, sick, or dying.

Some prisoners get an early release on good behavior, newly-discovered evidence or witnesses, granted gubernatorial commutations, or even presidential pardons. Let us face the harsh realities. Your loved one getting out of prison is not easy nor guaranteed. One advice we want to give is to not tell everyone about your incarcerated loved one’s plight, except those that can help the details of the crime or the procedure. It may invite unwelcome judgment, opposition, and harsh criticism.

While leniency may not all be there, remind a lawyer, the prison bureau, and others that although prisoners are behind bars as offenders, they are fathers, mothers, sons, daughters, relatives, friends, or loved ones. They deserve a second chance to have a life to return to the outside of prison walls when the laws and their circumstances call for it.

(Disclaimer: Nothing in or pertaining to this article is intended to be construed as legal advice.)

For more helpful information related to this article check out these books:

How to Do Good After Prison: A Handbook for Successful Reentry (w/ Employment Information Handbook) by Michael B. Jackson

Prison: The Hidden Sentence™: WHAT TO DO WHEN YOUR LOVED ONE IS ARRESTED AND INCARCERATED by Julie Lazareck

Letters to an Incarcerated Brother: Encouragement, Hope, and Healing for Inmates and Their Loved Ones by Hill Harper